December last year, my family went on a trip to Korea for the very first time. We stayed in Seoul for a whole week and did lots of exploring, eating and shopping. Here’s a rundown of our first two days:

My Mom, Sister and I arrived at the Incheon Airport in the afternoon, after a four-hour flight via AirAsia. We stayed there (and had milk tea!) while waiting for my Dad who was on a different flight. When we were all finally reunited, we took the AREX to Seoul, where our guest house was. By the time we’ve arrived and settled in, we couldn’t go and tour around so we just ate out at local diner. 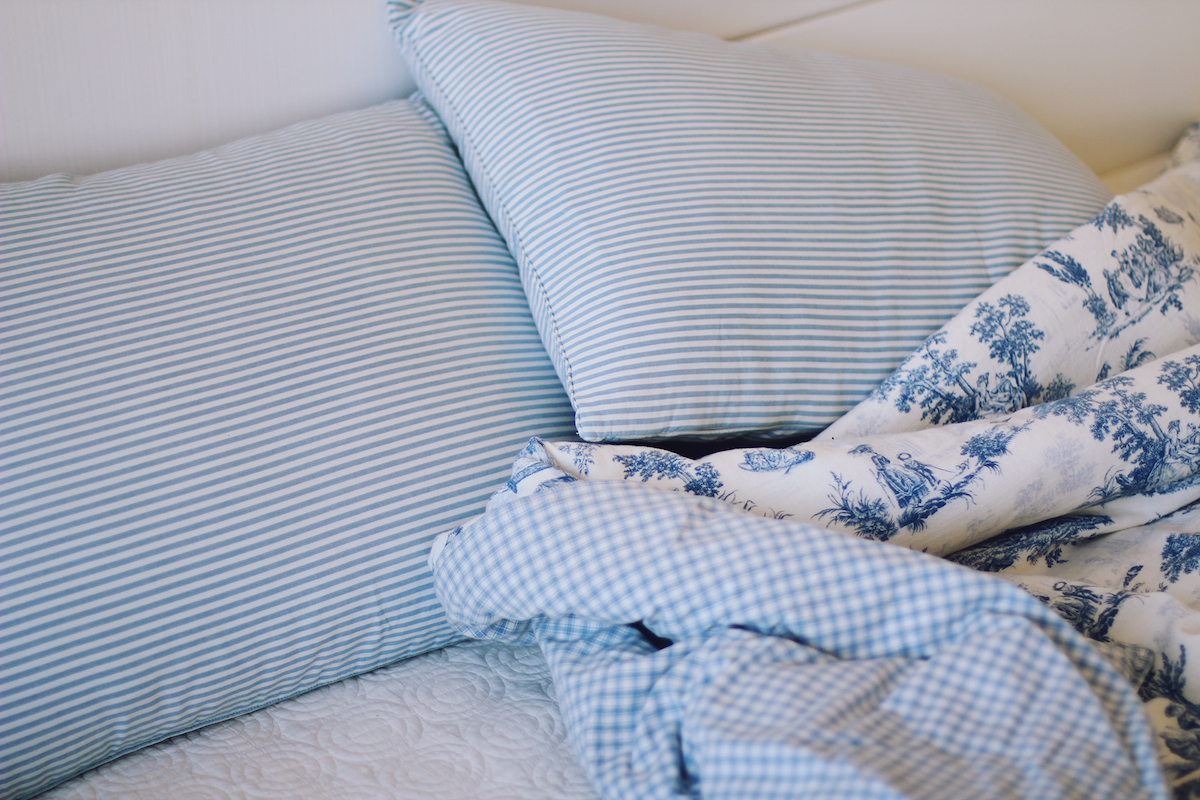 We woke up at almost noon the next day, after making plans at a late hour the night before. We had brunch at our guest house and then left to take the train to our first tourist destination.

At the train station where we arrived, we spotted the Wall of Hope. 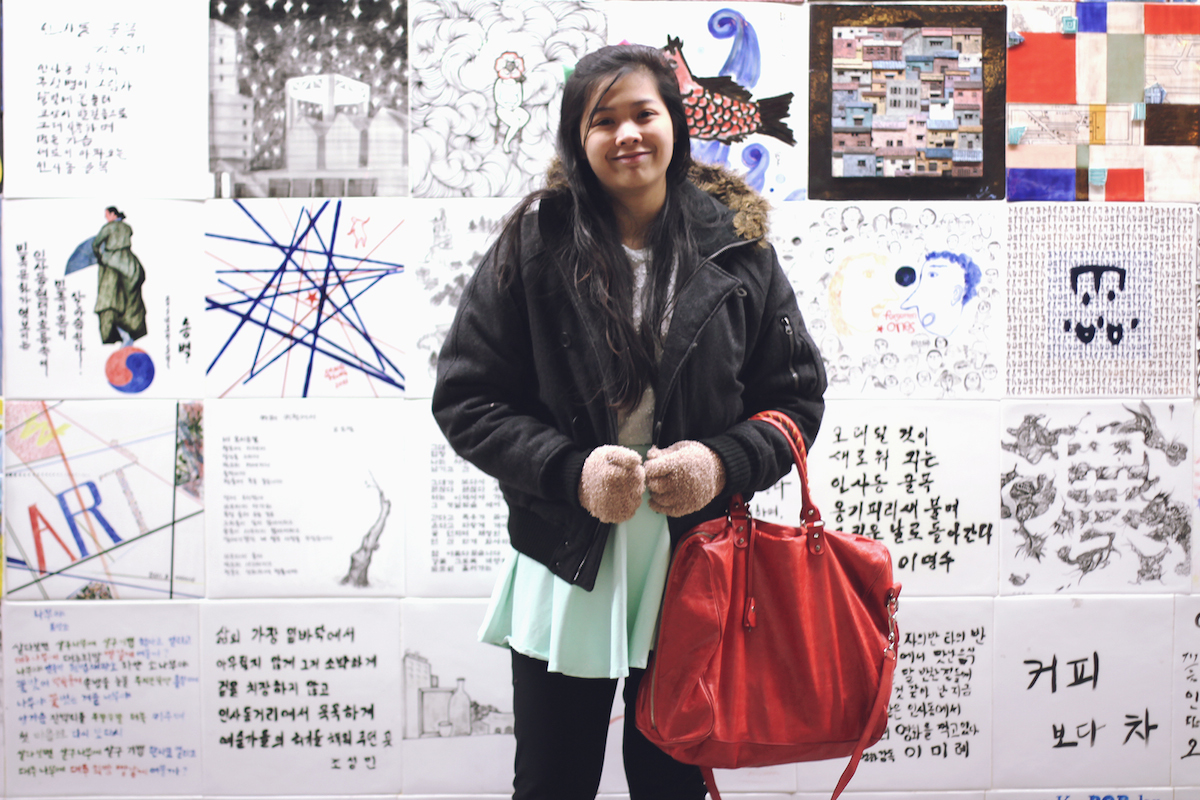 And just outside, we spotted someone selling these HUGE chestnuts (they look normal in the photo but they’re big IRL). 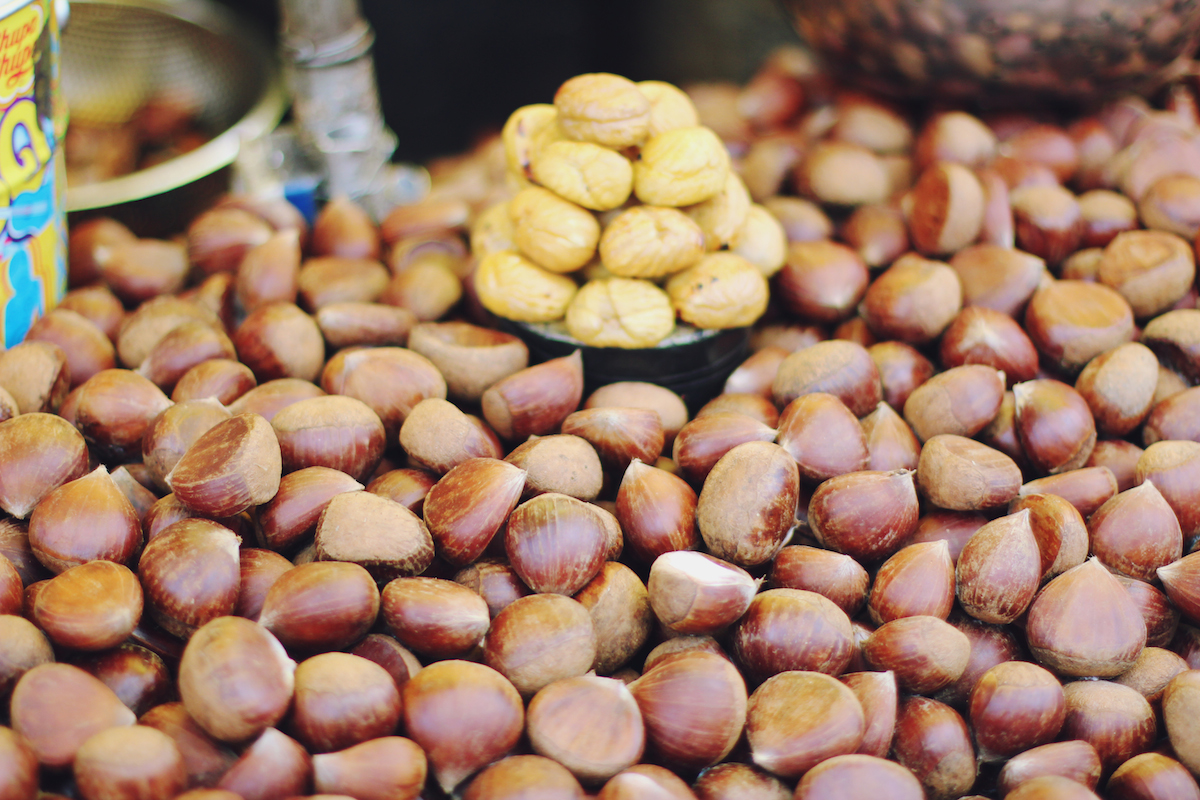 We bought some and snacked on them along the way. 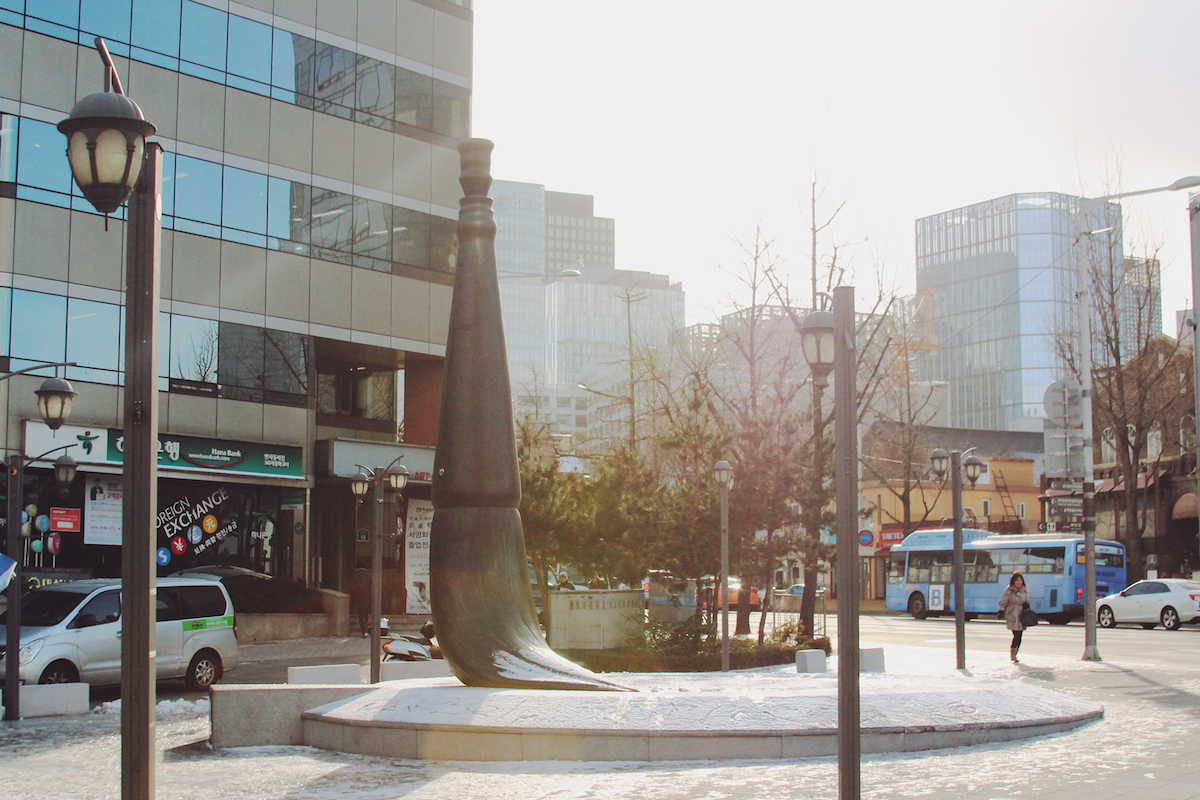 We checked out this Korean brush shop where they had so many brushes. I guess the now mainstream brush lettering became popular there first. 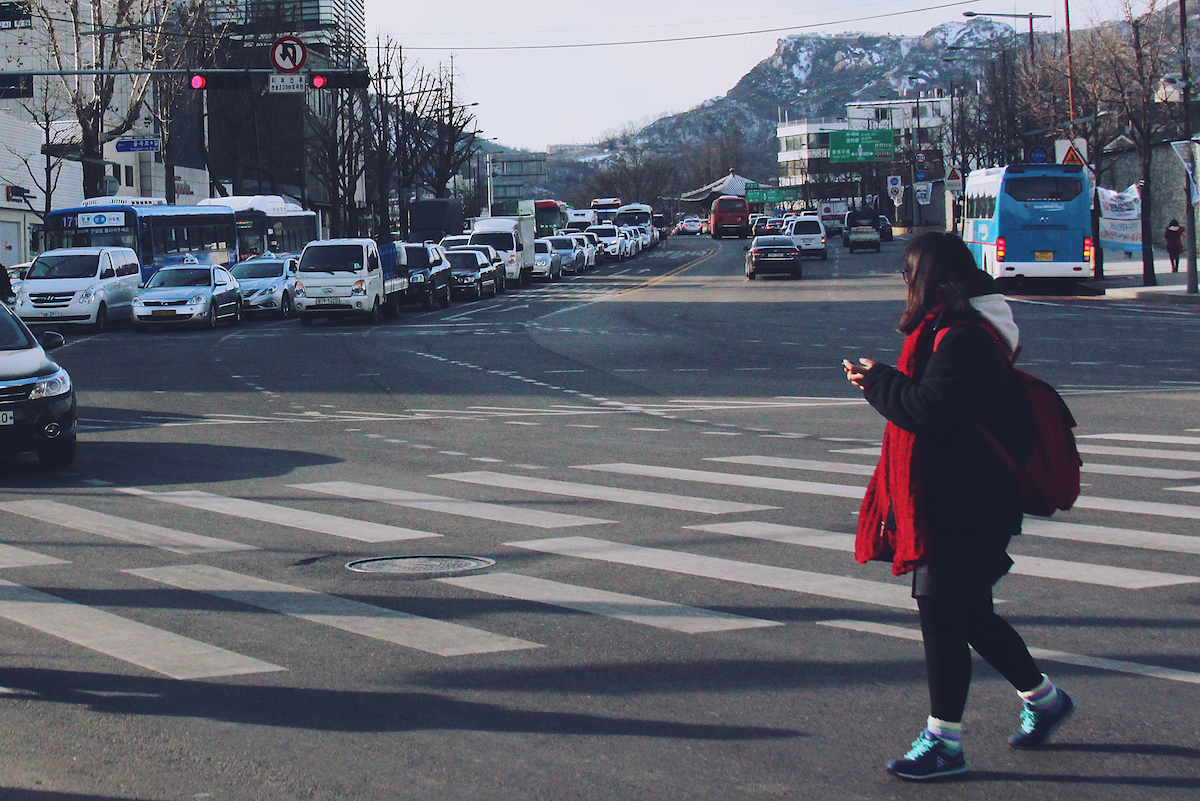 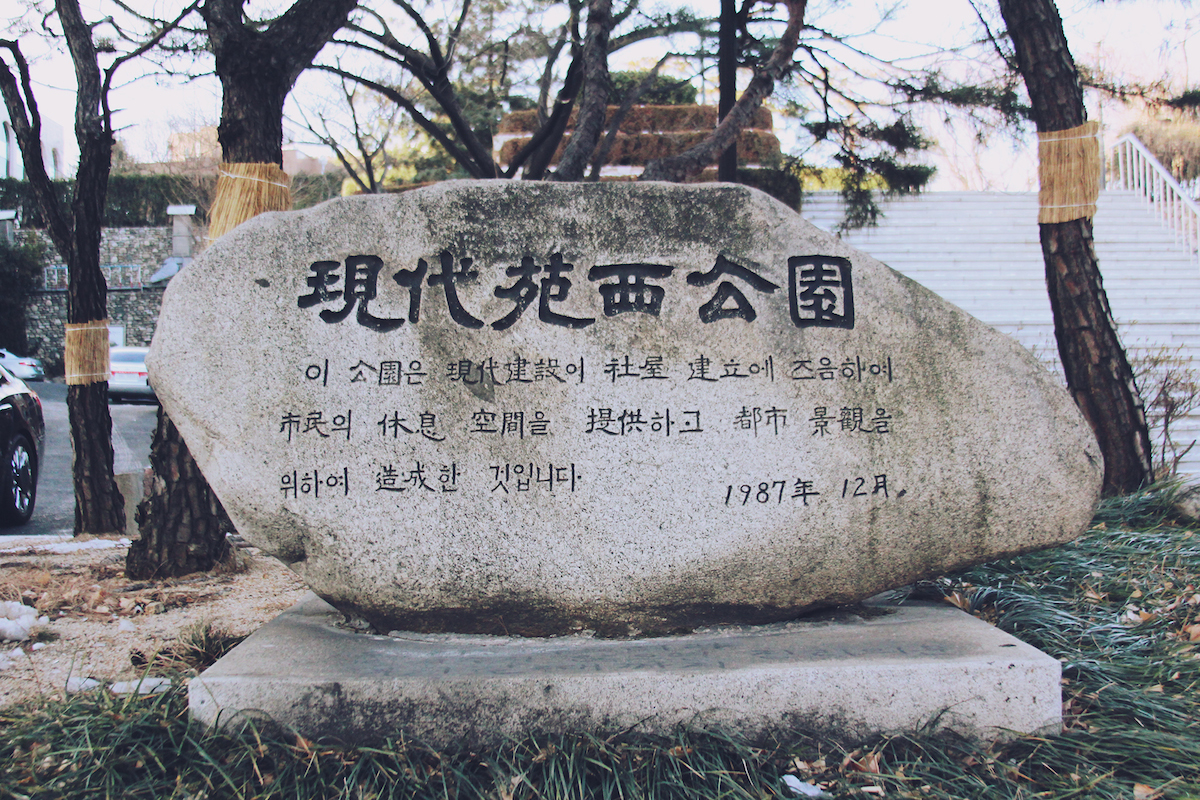 We got kind of lost but thankfully spotted the Tourist Information, who instructed us just to cross the street and walk a few blocks, where we finally found the Changdeokgung Palace. 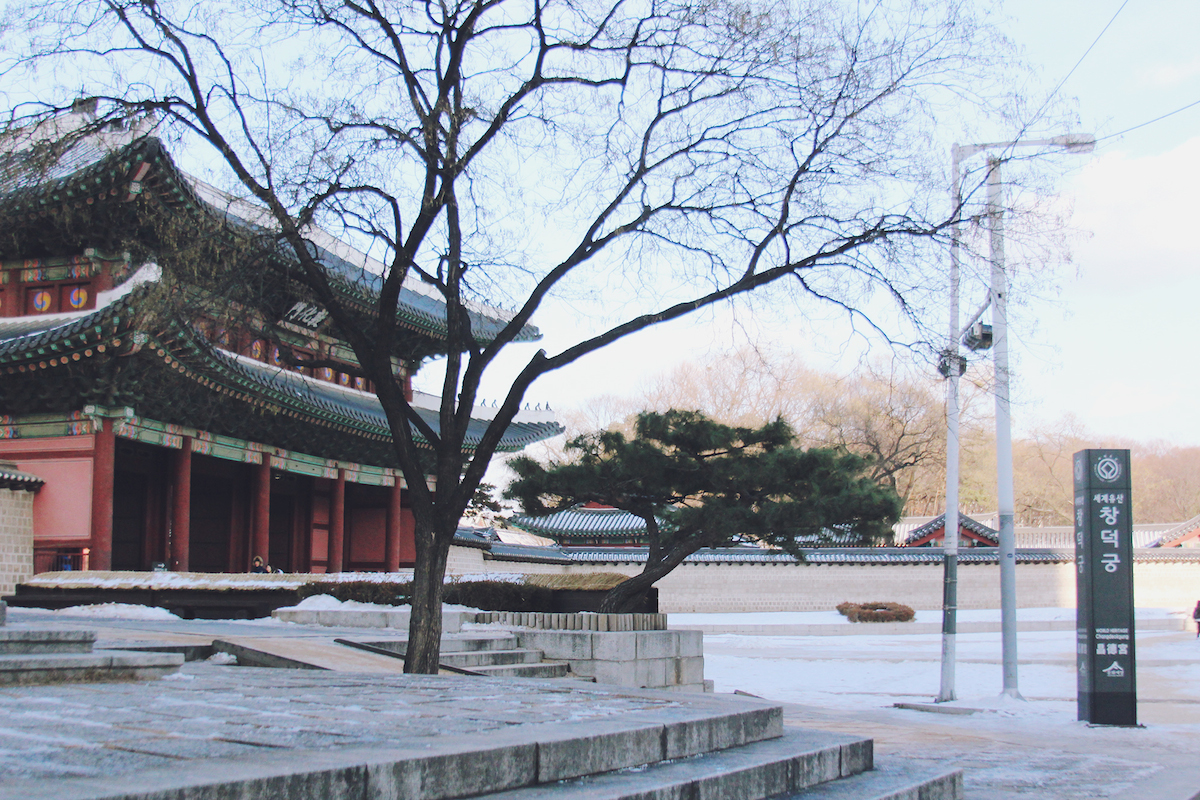 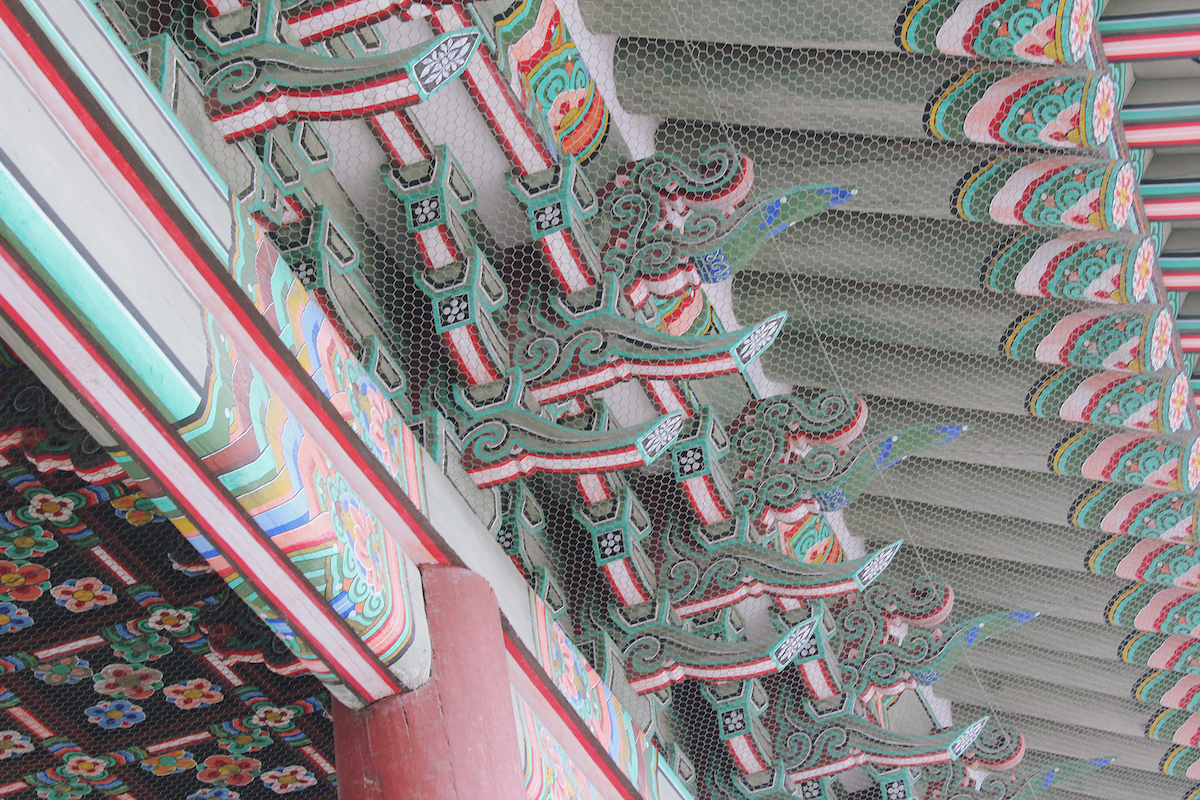 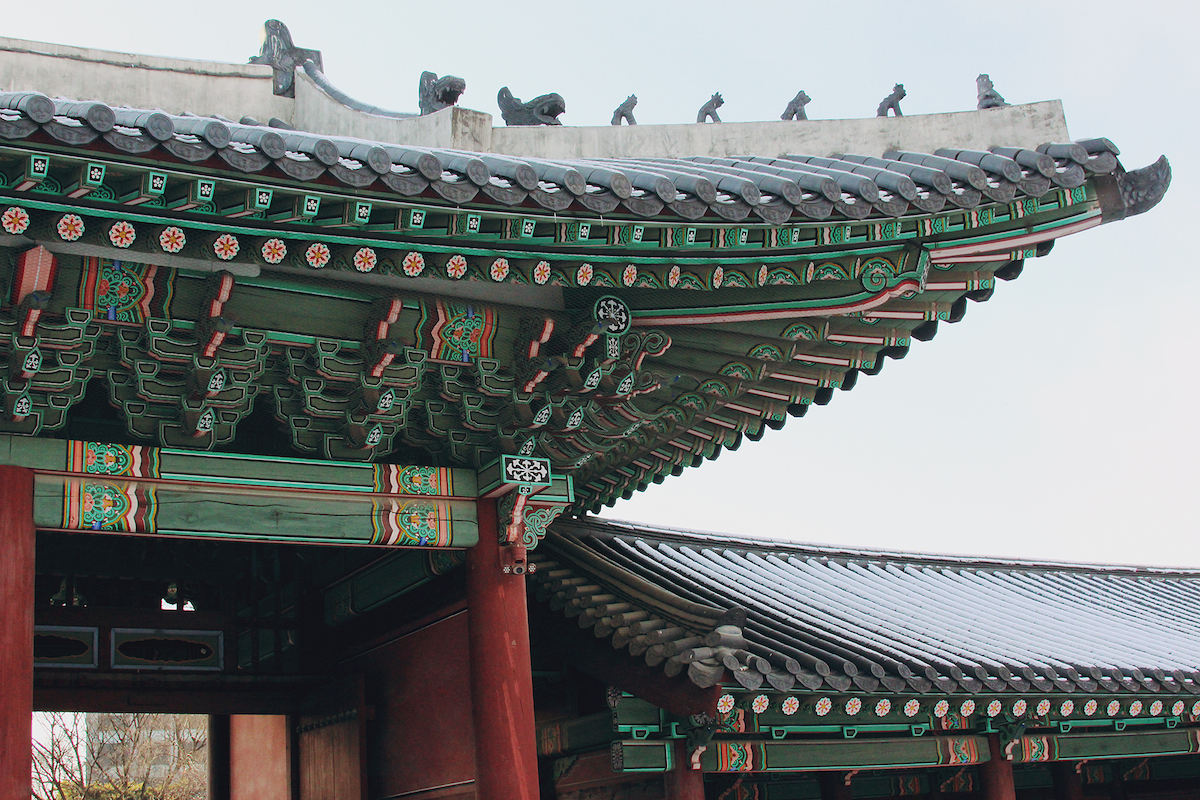 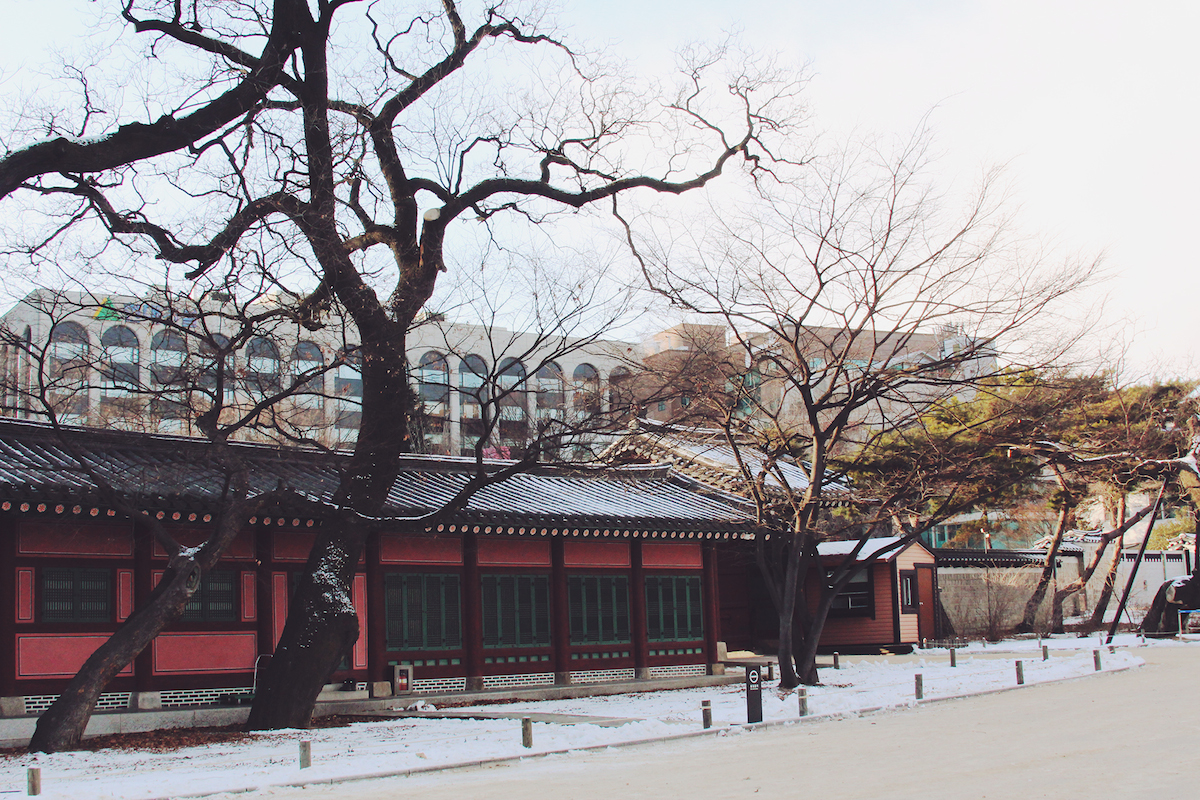 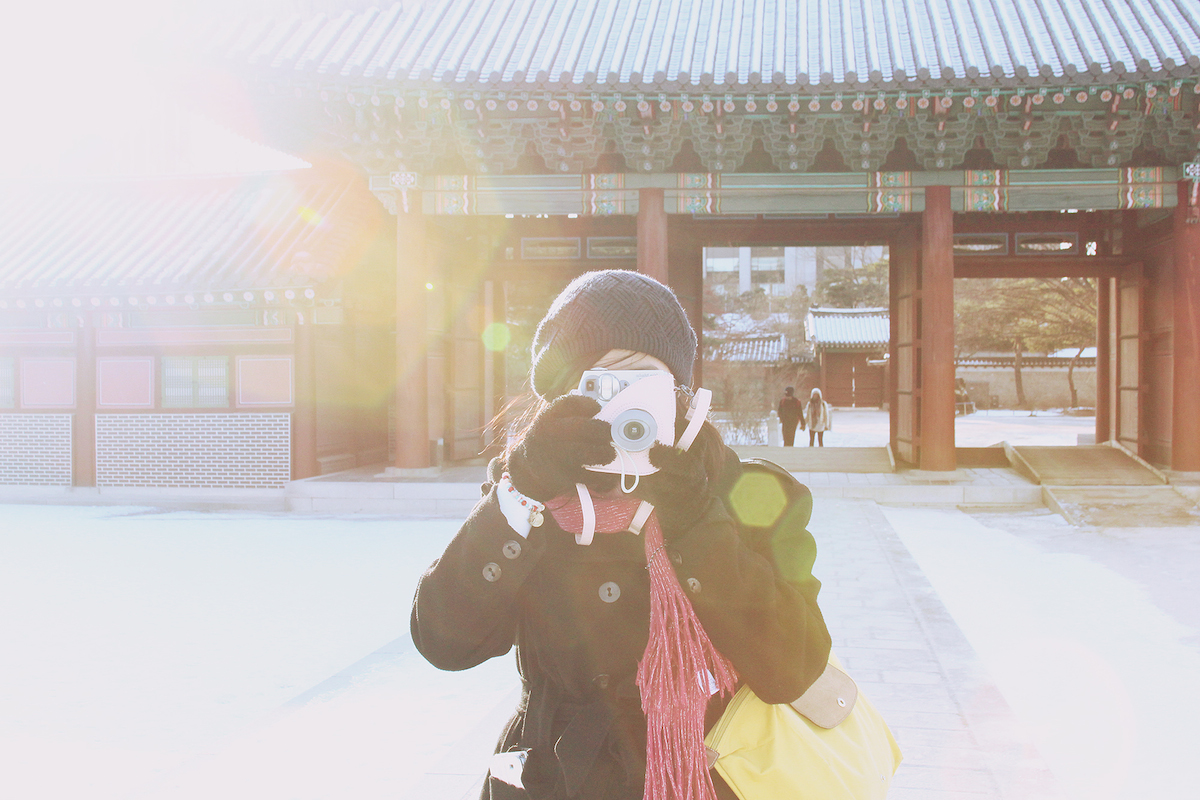 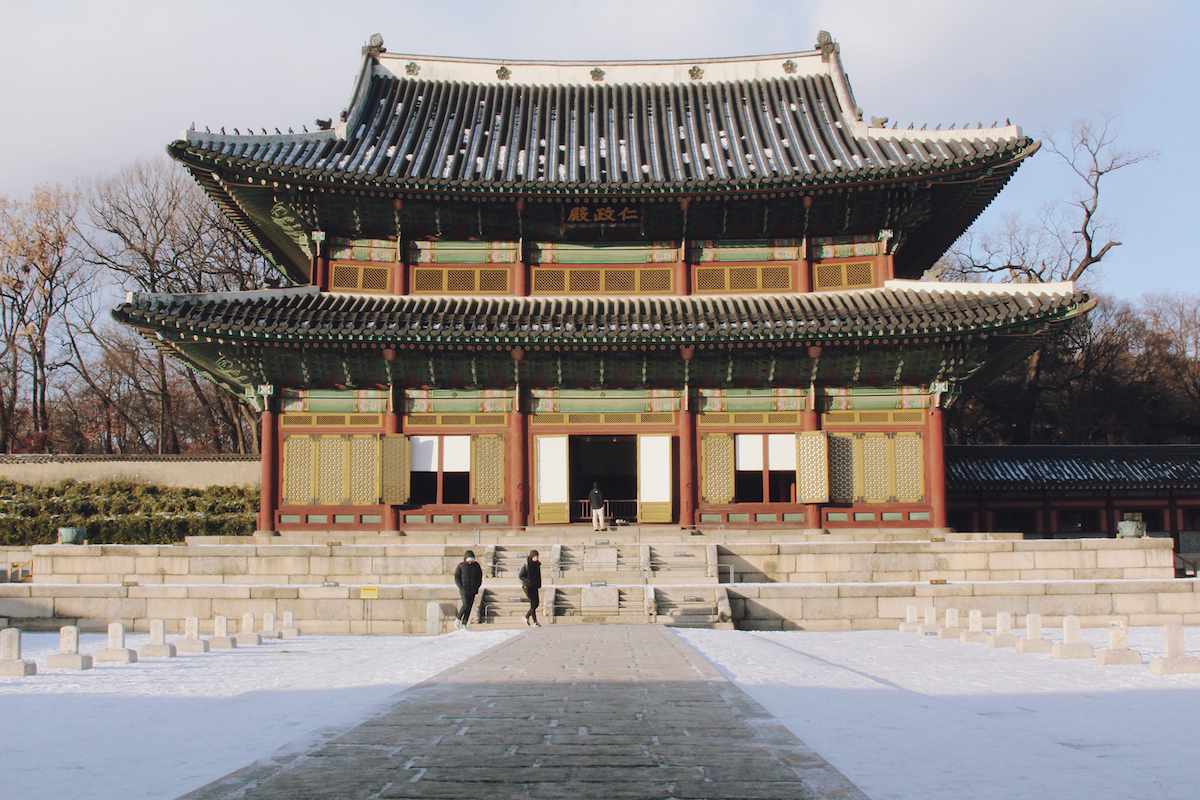 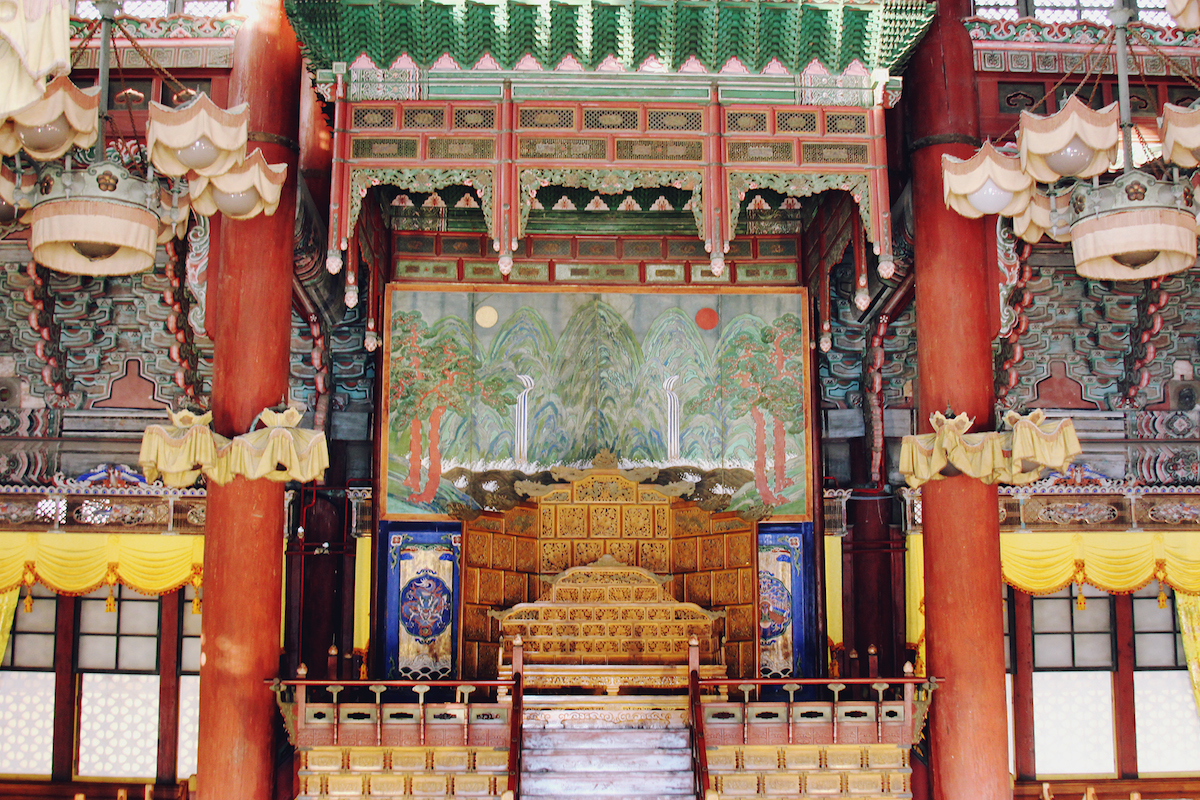 We only took the basic tour package, which was unfortunate because the Secret Garden tour was apparently beautiful. Next time! 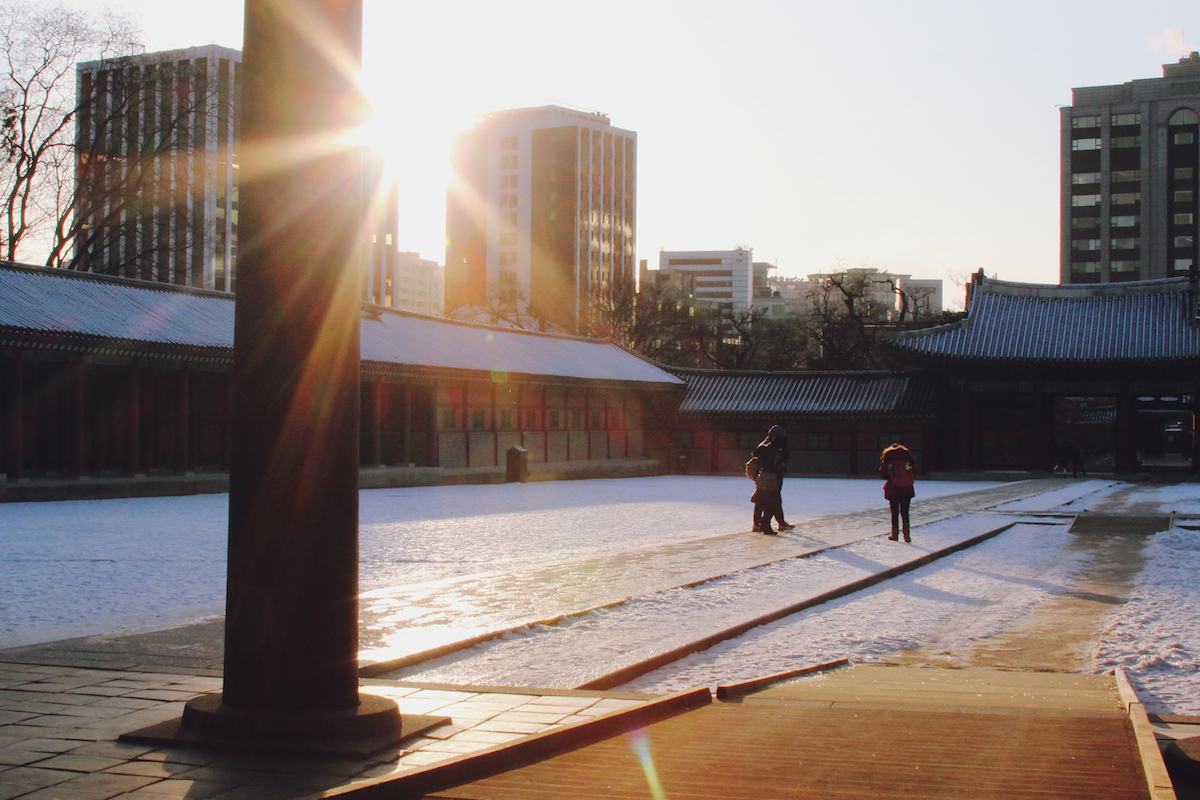 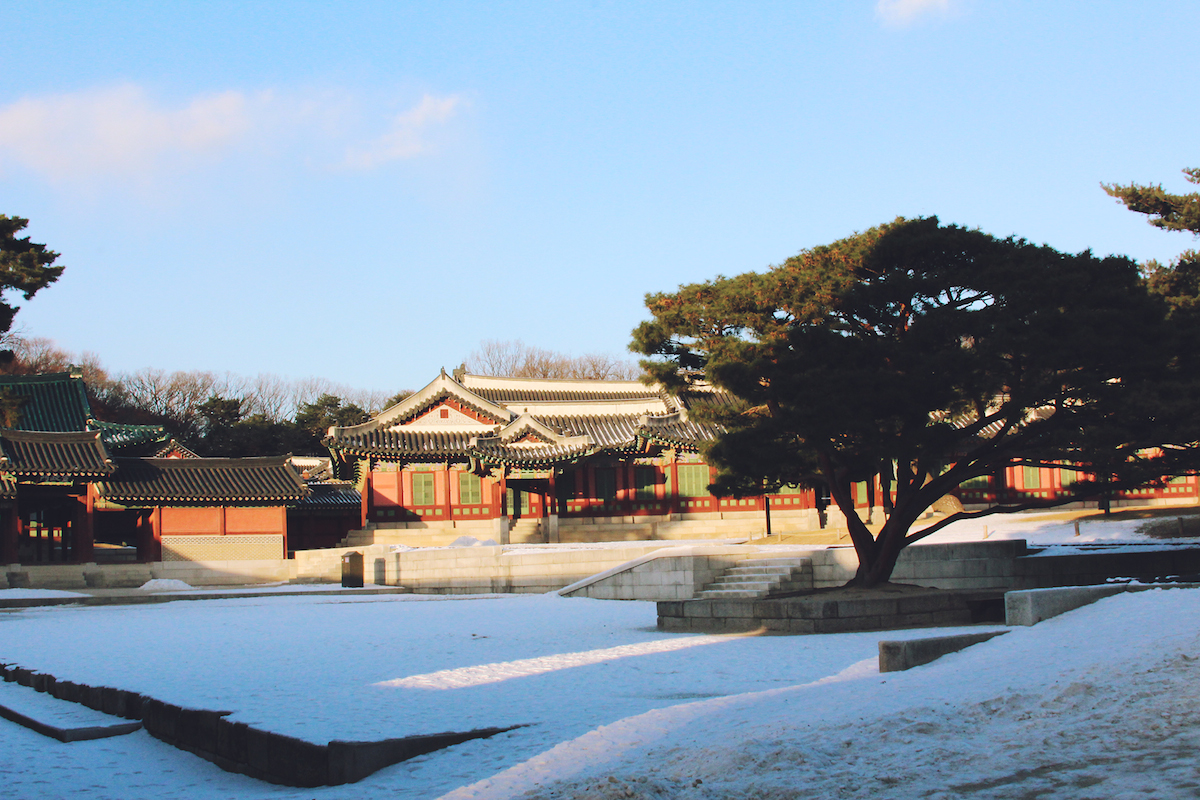 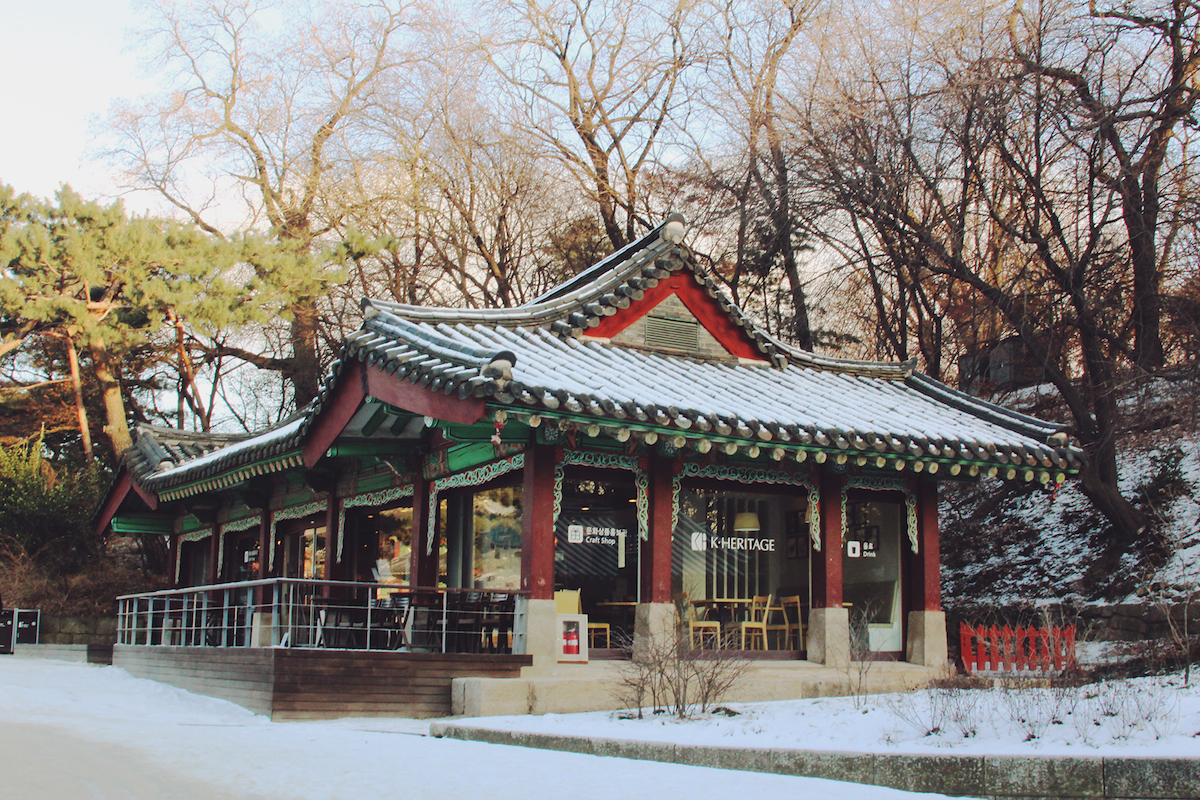 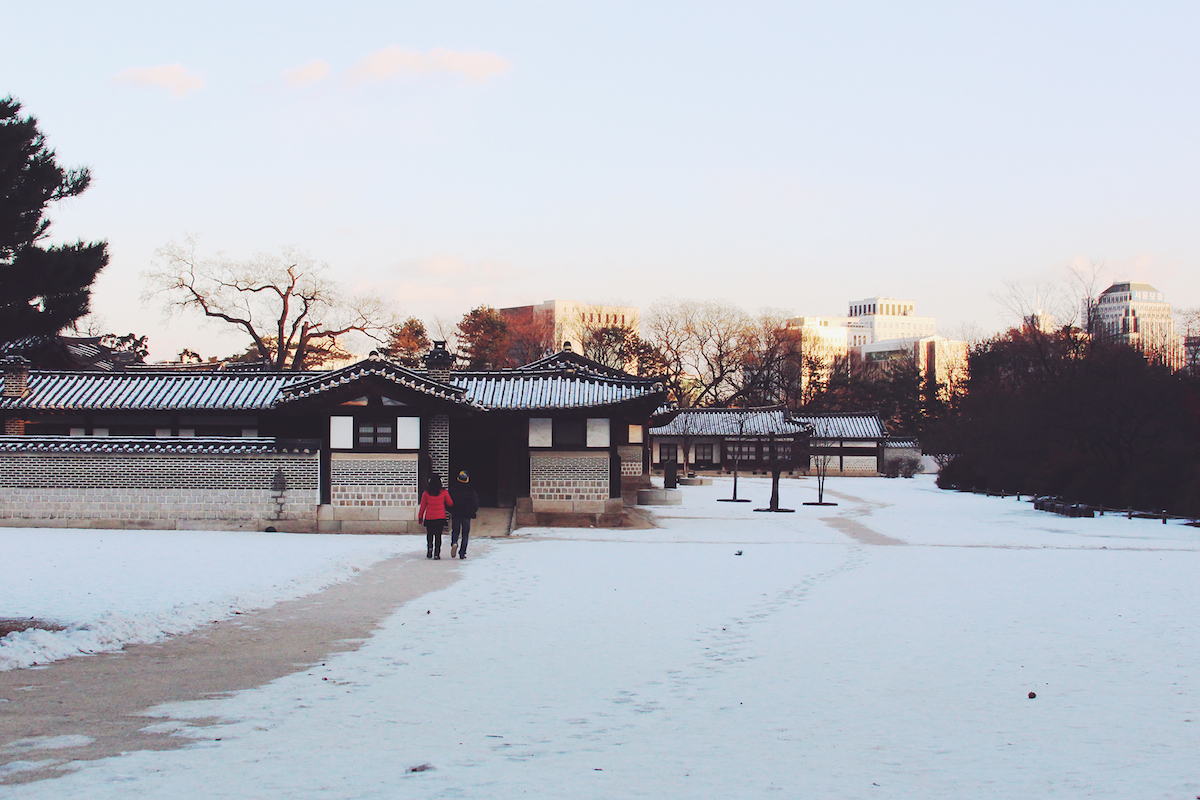 So much snow! It was also seriously too cold then so we headed back to Hongik after the sun had set. 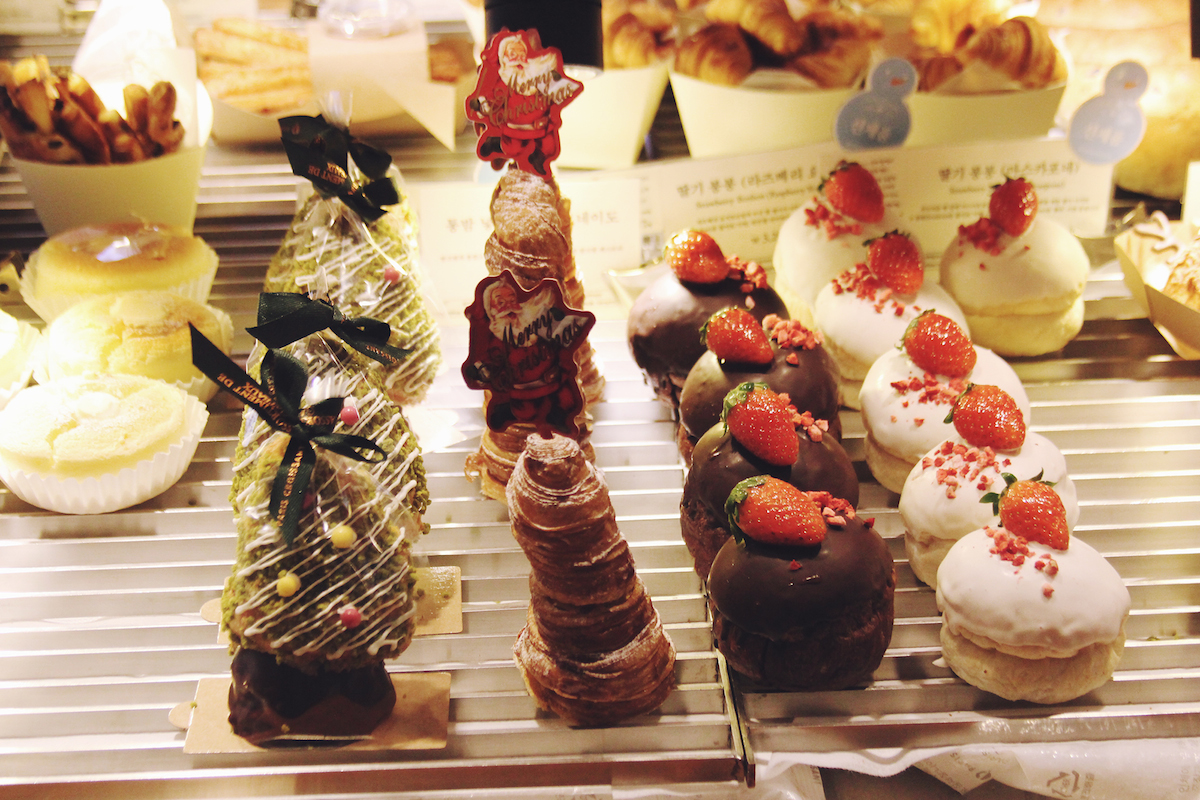 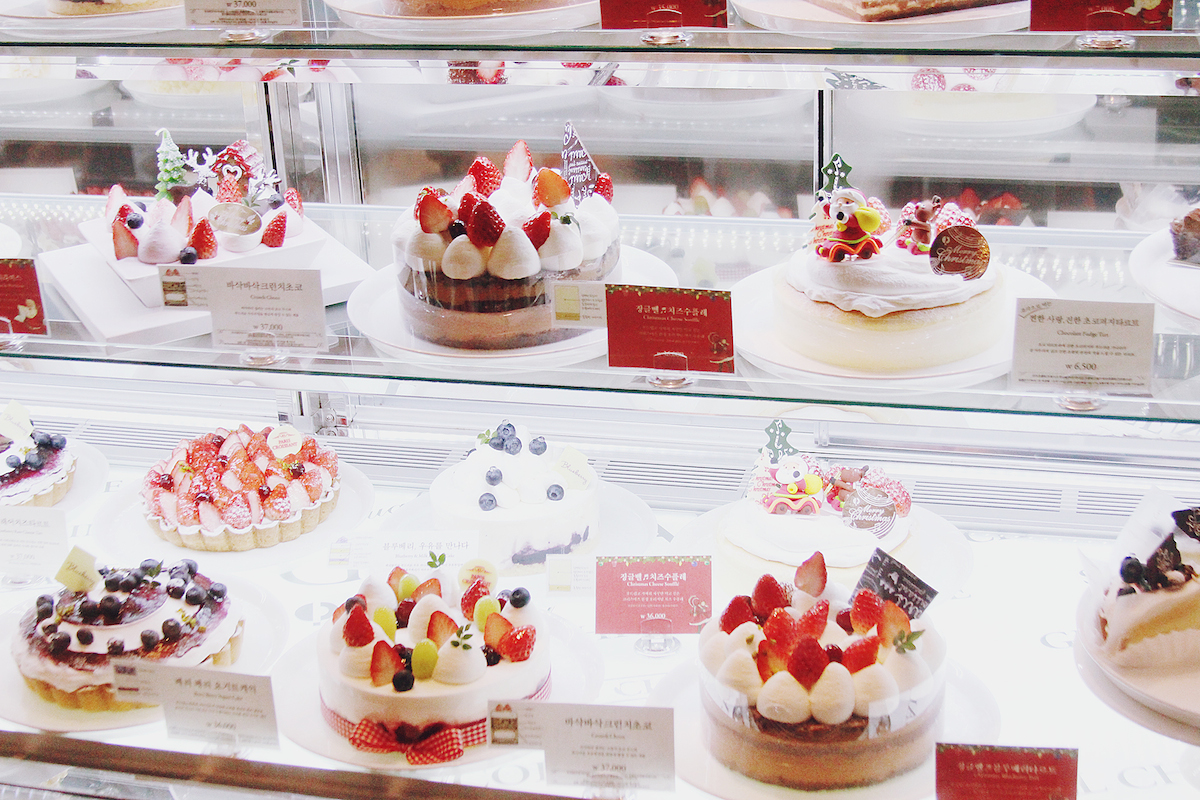 Before we retired for the day though, we checked out some pastries at the Paris Croissant Cafe.